The last few days have been a great deviation from routine.  Starting with Friday, I had so much I was "supposed to do", but at 9am, Lis (my rommate and bestie) asked if I would attend her Vaulting practice.  At first, my typical "I wish, I just have too much to do today" came out without a thought.  A few minutes later, as she was lacing her sneakers to leave, I said "waaaaait!"  For anyone who doesn't know what Vaulting is, it is the sport of gymnastics and dance on a moving horse.  Yes it is hard, strenuous, tedious, and wicked awesome!  When I was 13 I was also a vaulter, sadly, it lost out to everything else in my life.  Lis on the other hand has stuck with it and is beyond impressive.  Her strength and grace are sexy and kick ass.  Since our younger days Lis has traveled for competition all along the east coast, placed second at Regional's in the silver division, trained in Germany with top athletes and now trains regularly with coach Anja O'tool and Devon Maitozo, a member of the US National Vaulting team.  I am adding a few photos from Friday morning and a few that I have taken the liberty of stealing from Lis' Facebook.  Yes- you have EVERY right to be impressed. 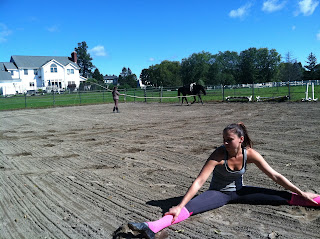 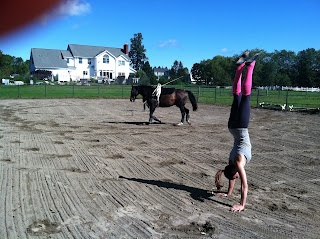 Handstand, while Finn warms up. 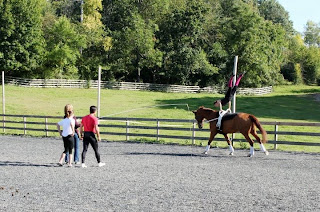 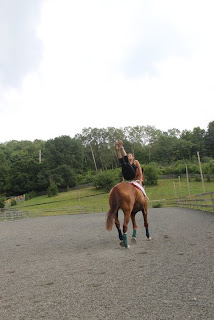 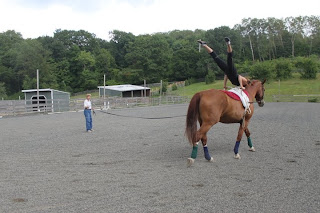 Warm-up barrel.
Posted by Glory Girl at 9:58 AM