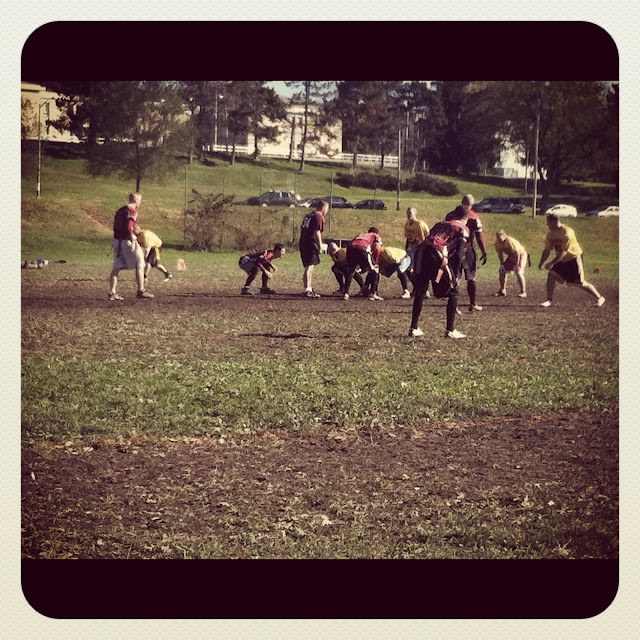 Growing up my father used to take me and my siblings to the park and throw around a football, we'd even break in to teams, some of these football memories are among the best I have of my childhood.  At my mother's house, if there was a game on TV, we knew that my stepfather, who played for PENN State, was watching it.  I grew up around football (as perhaps a large percentage of Americans have) but never really took to learning the rules.  My favorite part of playing in the park with my family was yelling "Blue 42" and "TOUCH DOWN, HENRY BROWN"(which I know wont get me anywhere in actual sports-talk conversation).  Within the past year or so, it has dawned on me that it I'd really like to learn the game.  My friend Pete plays in a Flag Football League on Sunday's, and when I realized I had yesterday morning free, I was excited to go to his game- after all, who wouldn't want to support a friend in an activity where as a spectator you are encouraged to be loud and rowdy(which let me tell you, I'm good at) with the occasional line of "trash talk" thrown in for good measure- I'm still working on this part... "that wasn't nice at all... does your mother know you play that dirty?"... see what I mean.  I was lucky enough to bump into someone I know who is an actual fan and sweetheart of the quaterback.  Caitlin graciously explained everything to me throughout the game, what each player's job was, how certain plays were run, why the ref called things certain ways... I learned a ton and got to see guys toss each other around.  I learned from Pete yesterday that the receiver can be called the "wide receiver" or the "tight end" depending on where they are positioned for a play... um YES I want to play football and be called the "tight end".  I did a little research this morning to find a more detailed explanation of what each player does on the field, I really enjoyed this SITE.  Now I can't wait to watch the Super Bowl! 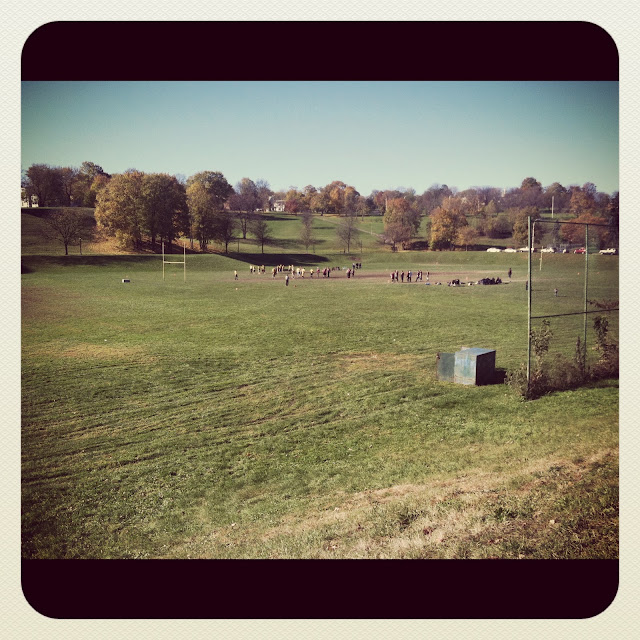 View approaching the field.  It was so beautiful. 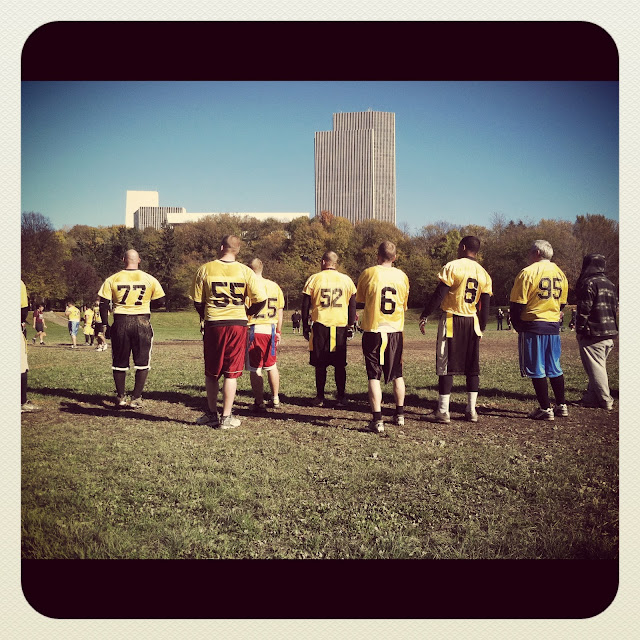 For some reason this is my favorite photo that I took during the game. 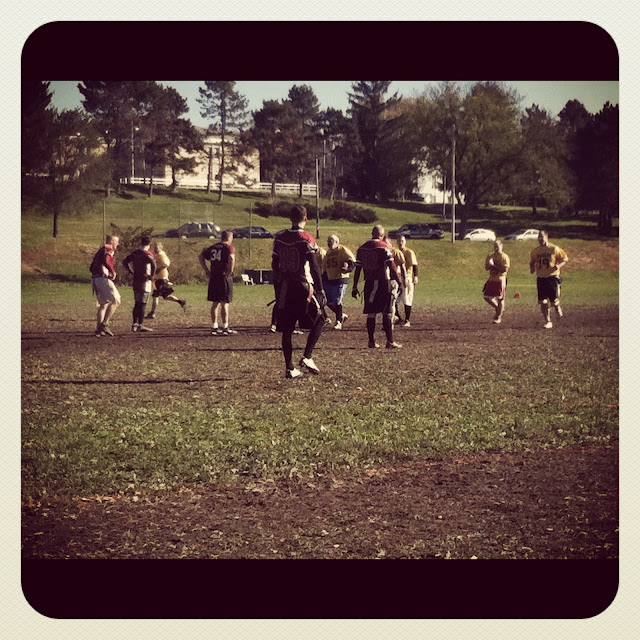 Pete is number 19, in the yellow jersey, all the way to the right. 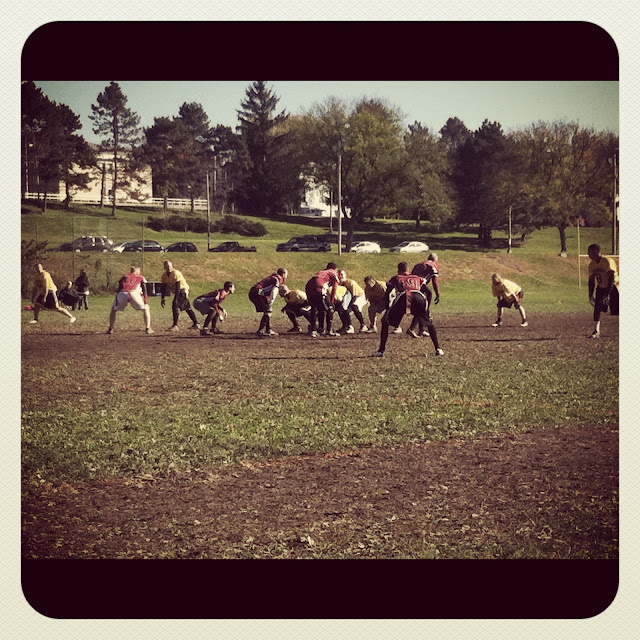 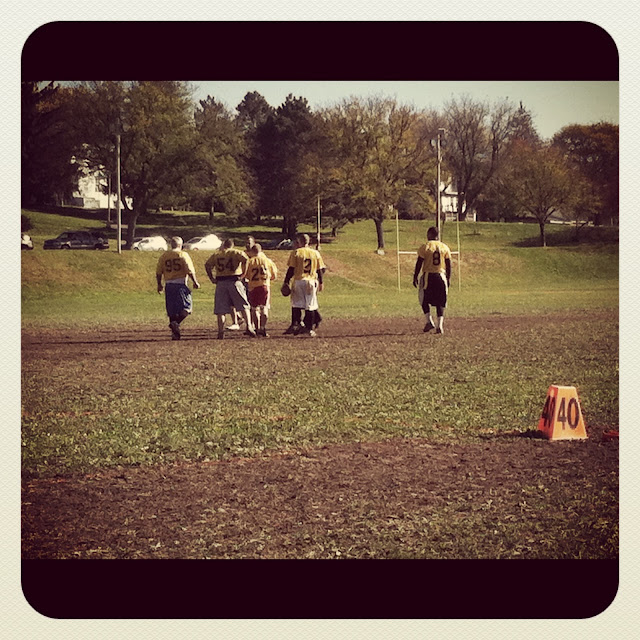 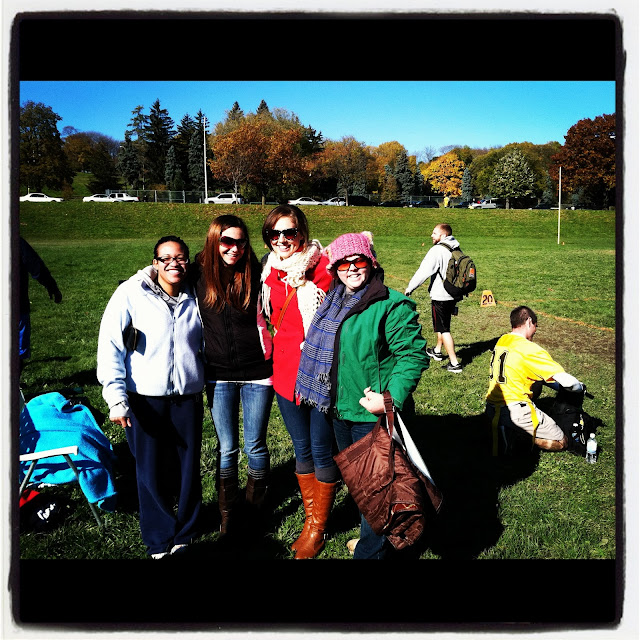 Janine, Lis, Me and Caitlin, after the game. 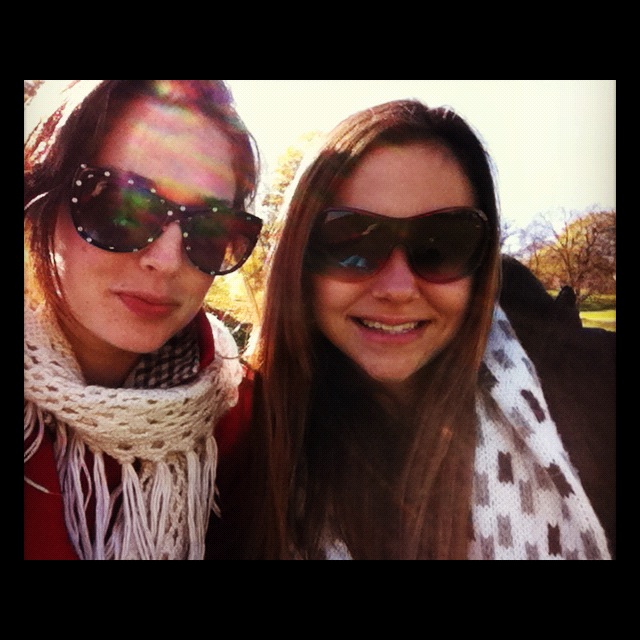 Me and Lis, mid-game, when the sun was shinning, it was a brisk morning to be sitting on the sidelines. 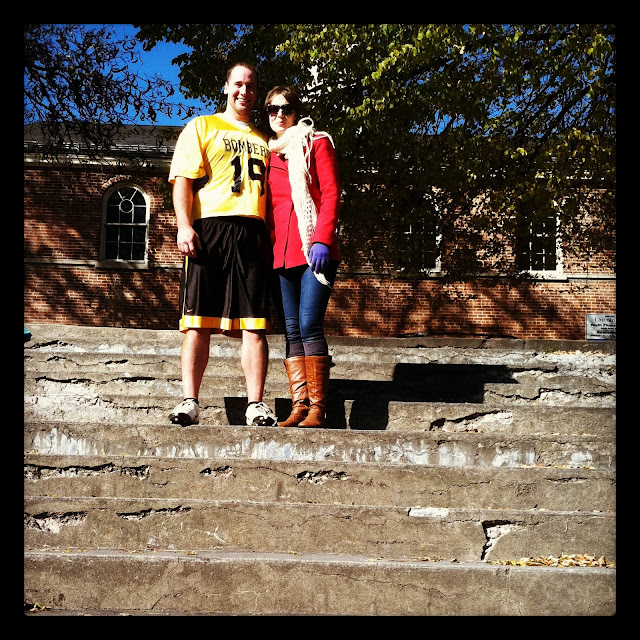 Me and Pete after the game, on what I thought was an amazing set of stairs.
Posted by Glory Girl at 8:50 AM